The first inhabitants of the area date from the Chalcolithic period or Copper Age. The Romans became established later, and in recent years the remains of a road and a Roman inn that some archaeologists identify as Miaccum have been discovered about two kilometres from the town.

It was declared an Asset of Cultural Interest (BIC) in 2012 in the category of Archaeological Zone by the Directorate General of Historical Heritage of the Madrid Region (Decree 64/2012, of 21 June, of the Governing Council).

Collado Mediano is home to the only excavated and documented Roman mansion, associated to a Roman road available to the public as a tourist heritage attraction, in the whole of the Iberian Peninsula and Europe. It was built between the second and fifth centuries, and possibly corresponds to Miaccum. site is set in the natural surroundings of the town and also has a visitors centre.

Probably the Romans’ interest in this enclave was due to its mineral and stone outcrops, the presence of pastures and the abundance of water, which allowed travellers and their beasts to have provisions of food and drink.

The inn, whose remains can be seen at the Collado Mediano site, served the Via XXIV that crossed the Sierra de Guadarrama over the La Fuenfría pass and was a stop on the way for travellers about to cross the mountain at this point before undertaking the last stretch, or just after passing the summit. Here they could take hot meals and baths, rest and talk in the company of other travellers 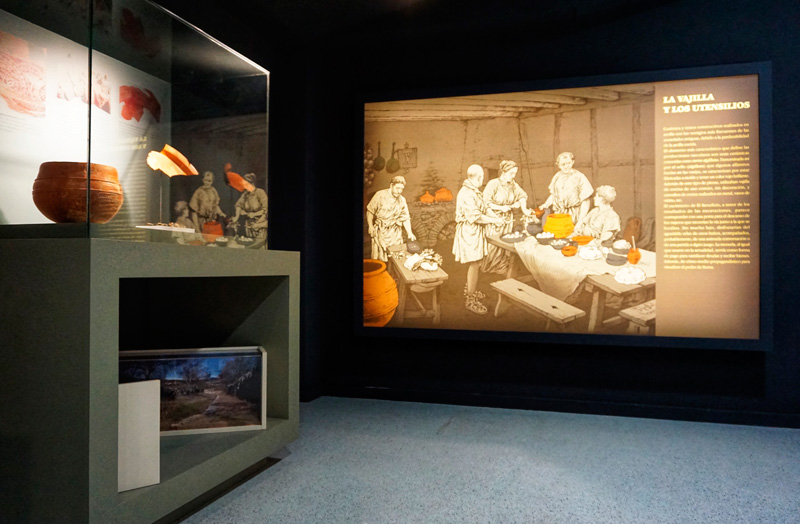 The village did not acquire the status of a town until 1630, when Doña Ana de Mendoza y Enríquez de Cabrera granted it the Villazgo charter, separating it from the Villa de Manzanares el Real. At the beginning of the Middle Ages the village was under the influence of the city of Segovia, just as happened to all the villages at the foot of the Sierra de Guadarrama.

From the 1950s onwards, Collado Mediano became an important summer resort due to its natural environment and excellent climate, as well as the good communications with the capital. 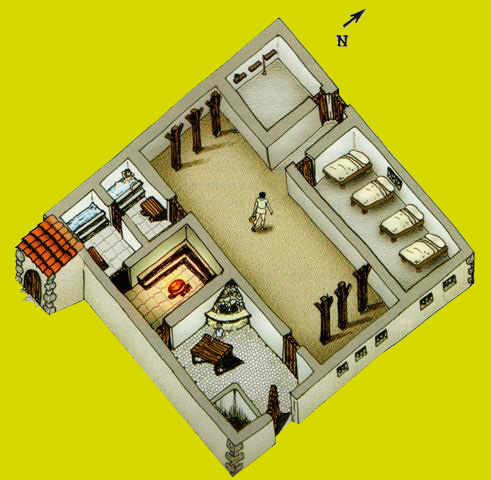 The building is articulated around a central courtyard, with guest rooms and common rooms in the north wing and the thermal complex in the south wing. In the east, there may also have been annexes that served as kitchens, storerooms, granaries and stables. Visits to the public baths were very common (almost daily) among all social classes in the Roman world, including women and children, as the prices were very affordable. Here they bathed, received massages, had a snack and played sports and games. They were a space for leisure and for society as a whole. The inn also had this space for hygienic and social use, since travel conditions at that time were very hard and required a restorative bath and massage in company, before setting out on the road again. The caldarium (hot room), the tepidarium (warm room) and the frigidarium (cold room) are preserved, as well as a tower that may have been a massage room. These rooms were heated by an external oven, forming part of the heating system known as hypocaustus.

These inns, managed by the state, were frequent on the imperial road network, forming part of its infrastructure. This fact reminds us that Collado Mediano was once a little part of Rome.

The carriageways were one of the instruments of Romanisation par excellence. Composed of several layers that filled a ditch, they covered the whole empire with the straightest possible lines across relief of the terrain. They were equipped with milestones, bridges, tunnels, shelters and even various monuments.

The road that crosses the municipality of Collado Mediano is a secondary road that branched off in Titulcia from another major road that linked Emérita (Mérida) with Caesar Augusta (Zaragoza), the so-called Via XXIV or the “Antonine Itinerary” that crossed the Sierra de Guadarrama through the La Fuenfría pass. Declared a BIC (Asset of Cultural Interest).

The site is located in a landscape of pastures and meadows where a cattle track widens onto public land. From here there is an outstanding view over both the Sierra de Guadarrama and the Sierra de Collado Mediano, with its three great peaks, from east to west: Cerros del Jaralón and Jarahonda, Cerro del Castillo and Cabeza Mediana.

The use of a heritage property such as the site of the Roman inn as a tourist resource is in response to the cultural interest of today’s society, and to society’s right to know and enjoy a heritage element of such importance, and to understand the need to conserve and protect it for future generations. 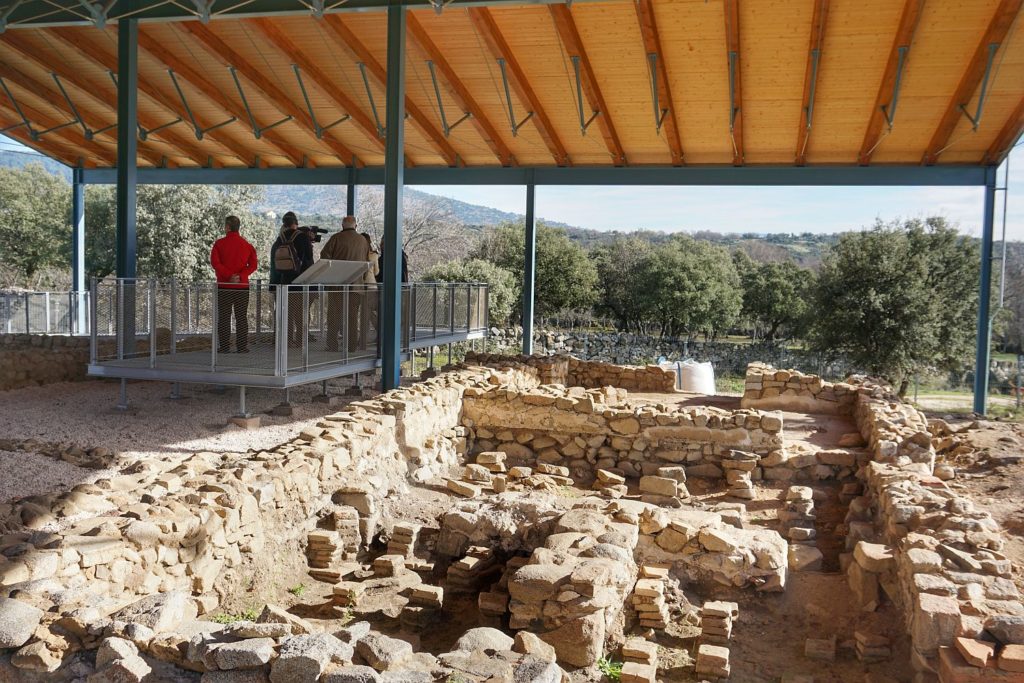 Guided tours of the Visitor Centre can be requested through the Collado Mediano Tourist Office. 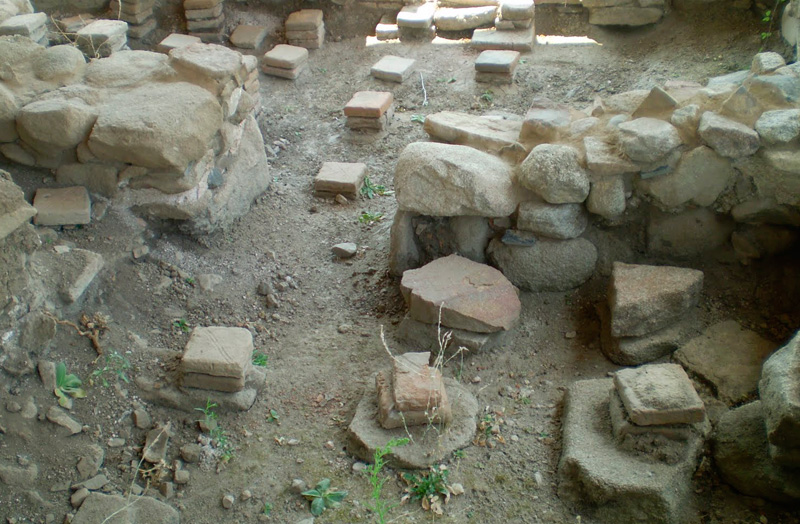 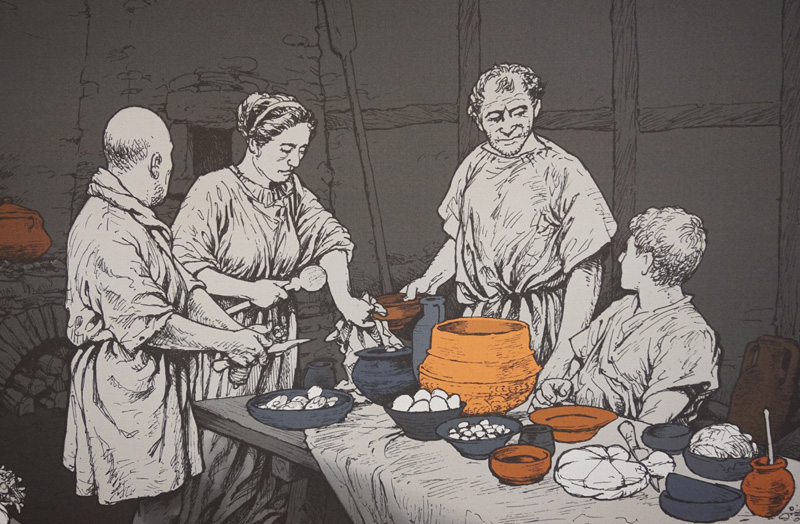 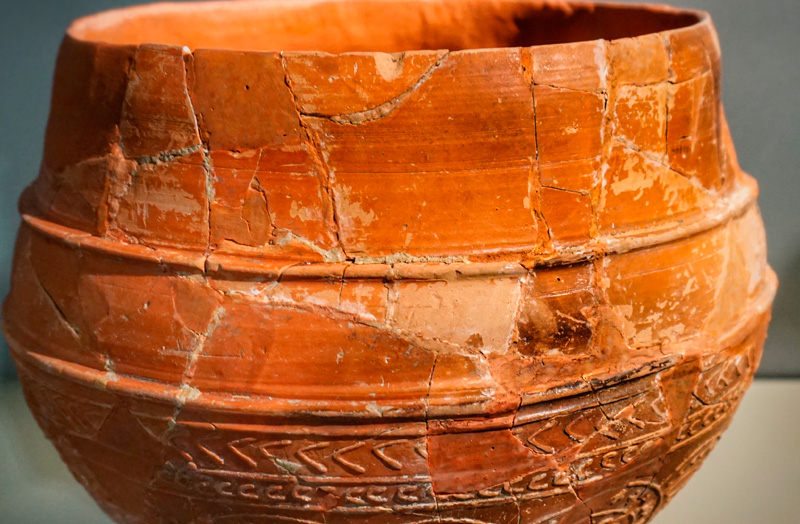 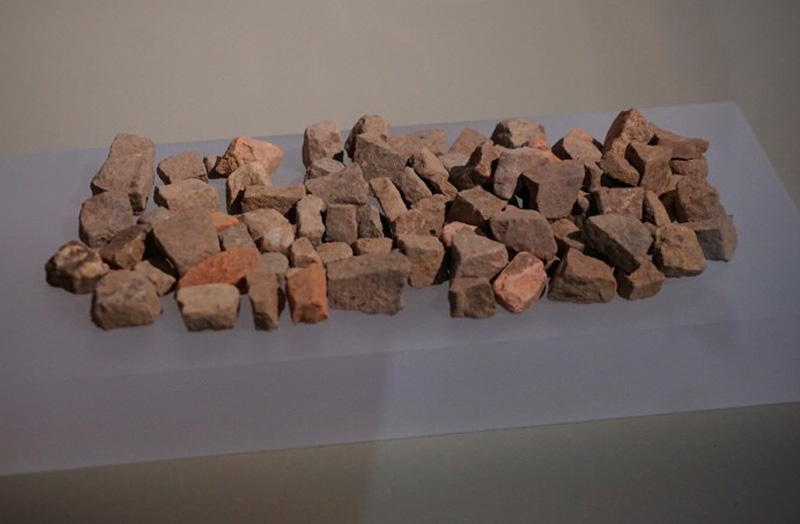