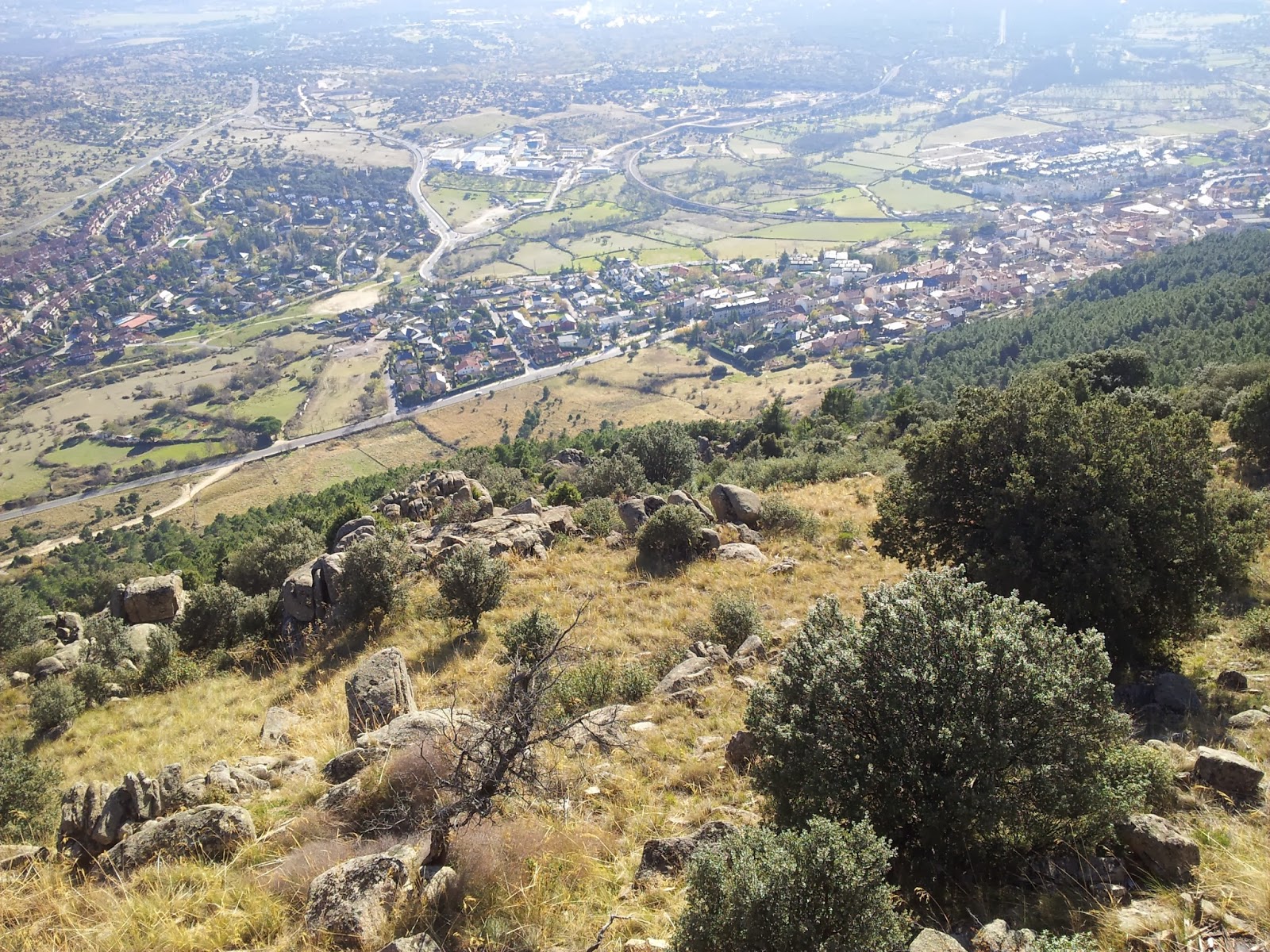 The peaks of the Sierra del Castillo offer one of the best panoramic views over the entire landscape in the region. From the Galapagar ramp (the only flat surface visible to the south) the terrain begins to rise to the right through the wild Sierra de las Machotas to the more imposing shapes of Mount Abantos. Then, following the view to the north, the landscape is enriched by the superposition of two mountain ranges: one formed by Jarahonda and the Golondrina, and another emerging powerfully behind, rising to the Siete Picos and La Maliciosa. From here the Roman peaks of Cuerda Larga descend towards the whimsical forms of La Pedriza, very rich in granite geoforms, rising later (if we turn our view back to the south) to the nearby Sierra de Hoyo de Manzanares with the Cerro del Telégrafo in the foreground. The low areas are formed of two depressions: the Cerceda trench to the north and the Villalba -El Escorial trench to the south, both populated by woods and meadows of holm oak, ash and oak, together with broad pastures. 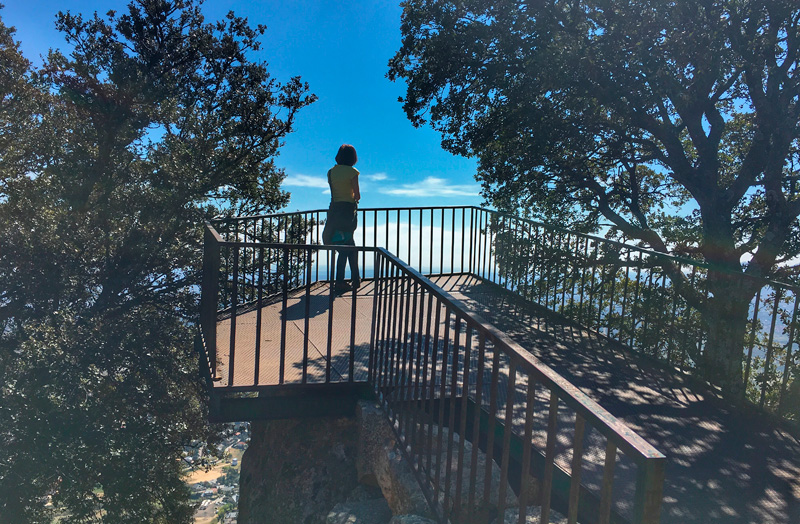 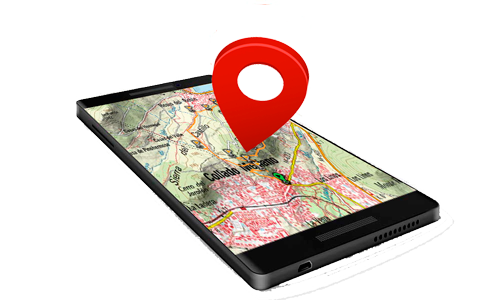 The route starts in Calle Cobañera, which leads out of the same square as the Town Hall. We reach the end of the village with our eyes fixed on this natural landmark in Collado Mediano, from which this street takes its name. To go up to the rocks of La Cobañera there is a paved track on the left that leads directly to the water deposit. From here you have to look carefully for a path that starts from the fence itself and then rises to the foot of the rocks by means of a series of stone steps.

La Cobañera is a small natural monument formed by two tors or granite blocks that create a symmetrical balcony with a large smooth stone in the centre as a table.

From La Cobañera we continue uphill until we reach a hut belonging to Canal de Isabel II, where the first forest track around the mountain passes. A few metres further to the left is a crossroads between this track and another that climbs up through the pine forest, somewhat concealed between some stones. Take this second track latter, which becomes clearer a few metres higher, until you reach (after a large curve) the second track or “pista de arriba”.

This second track, which we will take to the right in an easterly direction, goes around the mountain in an almost flat route. Walking along it, we see a second viewpoint at an altitude of 1,180 metres, a little to the right.

It is time to relax, as you are now facing a tough uphill stretch you will see behind you along a wide path that ultimately intersects the slope perpendicularly. Once you have started this section, you will pass a stone house on the right, half hidden.

This hard ascent becomes easier when you reach one of the most beautiful places on the route: a sheepfold surrounded by wild pines (recognizable by its tall pinkish trunk) and some tall and sturdy oaks. We have reached the top of the mountains and in the background we can already see the surroundings of the village of Navacerrada under the great massif of La Maliciosa, but we still need to climb the summit (actually the summits) of the Sierra del Castillo.

From the same meadow you will see a path to the right, leaving the one leading downwards towards the north. This path soon becomes steep and hard-going, but is easier a little higher when it evolves into a winding trail flanked by steppe rockrose, brambles, roses and some giant feather grass.

It is now back to the south along a small path that will lead you to the Sierra del Castillo viewing point, a metal platform perched between rocks, where it is said that even in the worst month of the summer heat you can enjoy a cool mountain breeze. The return will be on the same route in reverse. 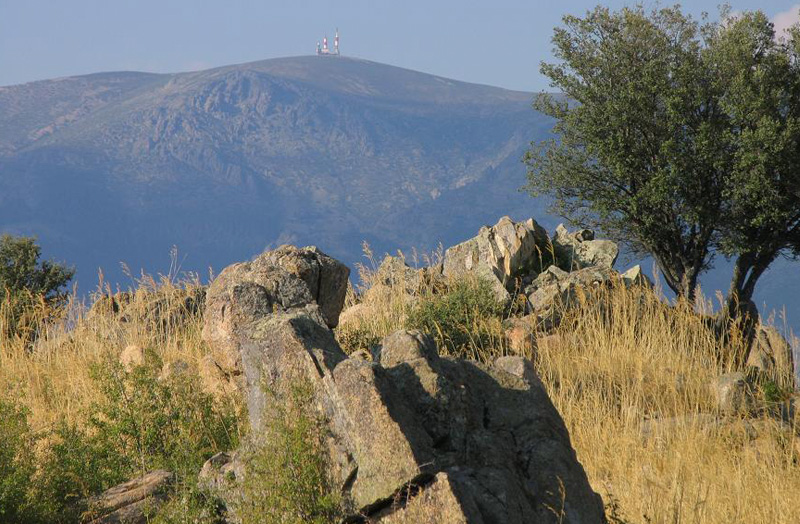 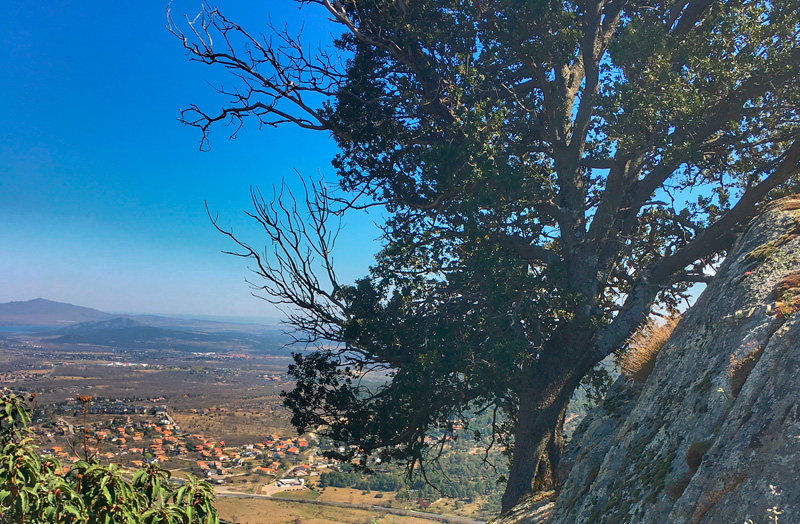 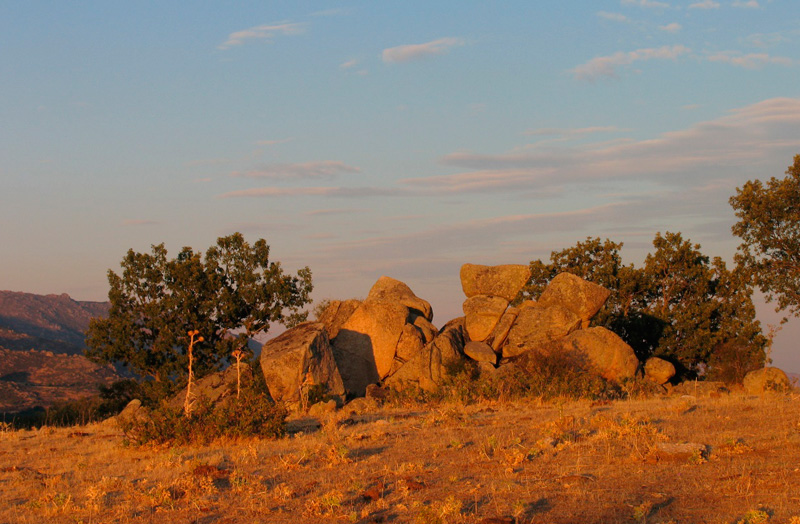 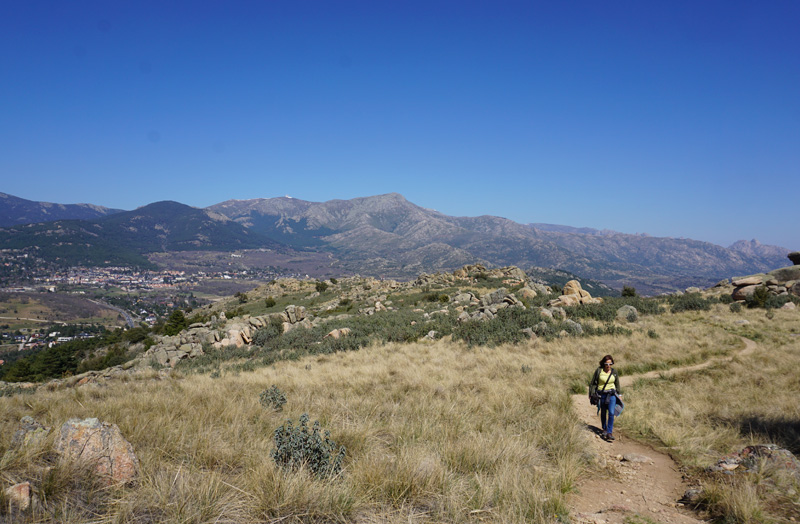